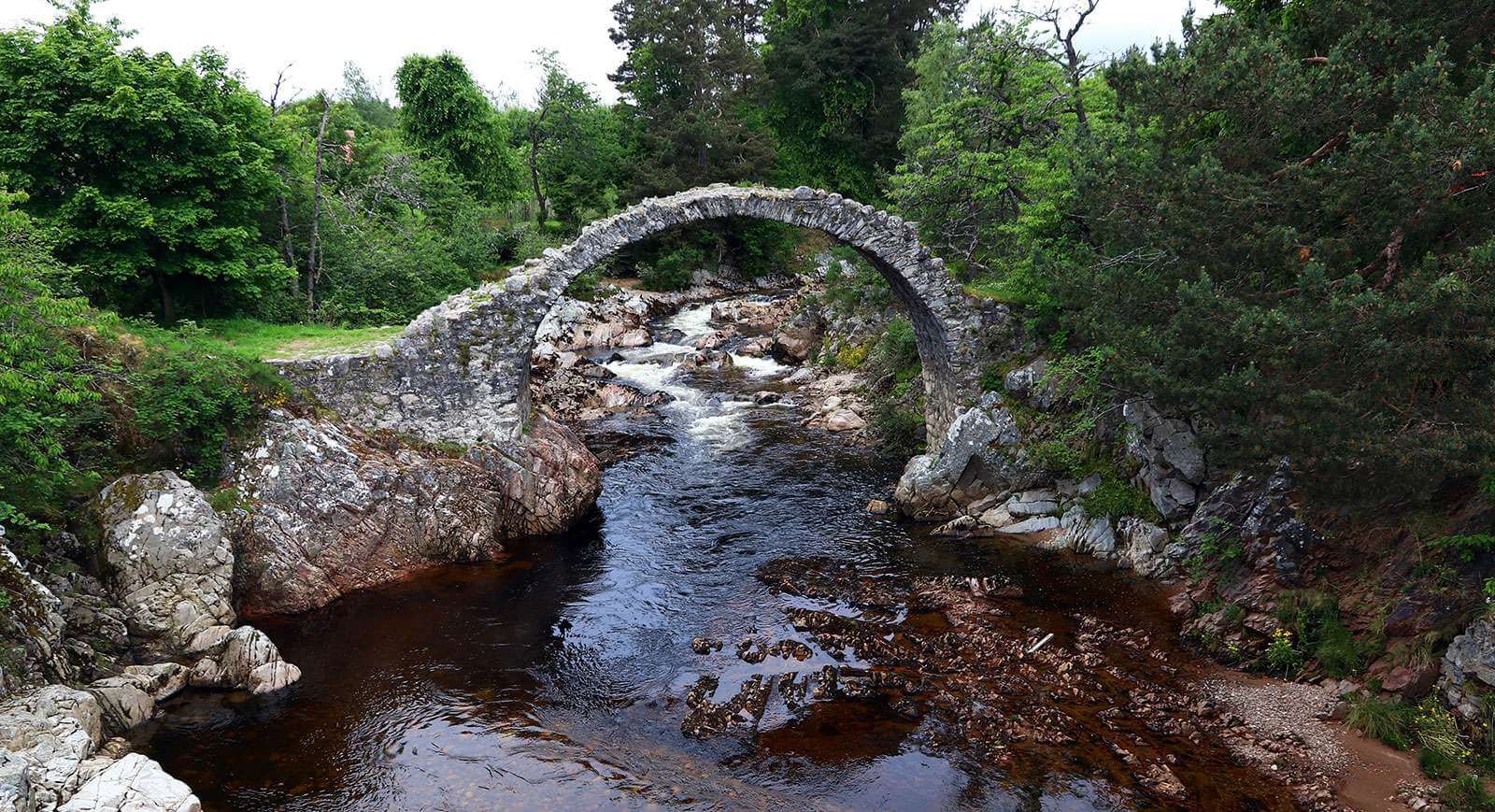 The northern gateway to the Cairngorms National Park

This pretty, high-arched bridge, sometimes called the Packhorse Bridge, is allegedly the oldest stone bridge in the Highlands. It spans the River Dulnain, a tributary of the Spey, which runs through the village of Carrbridge in the Cairngorms, just off the A9, southeast of the Findhorn Bridge.

Commissioned by clan chief Brigadier-General Alexander Grant of Grant, it was built in 1717, in only six months. Ballindalloch mason John Niccelsone was given the job and was paid the princely sum of approximately £100 out of Duthil parish stipends to carry it out.

Apart from providing passage for pedestrians, horses and stock, it was also used to allow funeral processions to access Duthil Church when the river was in spate. Thus the specification for the bridge stated that it should be of “ane reasonable Breadth and Height as will Recieve the water when in the greatest speat.” As a result of this, the bridge was known locally as “the coffin bridge”.

A plaque at the bridge also explains this by stating: “At the beginning of the eighteenth century, to the inconvenience of both travellers and local people, there was no point at which the River Dulnain could be crossed when it was in spate, and burials at the Church of Duthil were often delayed.”

A toll-bridge, for wheeled traffic was eventually built in 1791 and the major damage to the parapets and side walls in the great flood of 1829, give the bridge the appearance it has, even nowadays.

It is one of the most iconic attractions in the Cairngorms, probably the most photographed and, although now unstable, there are viewing platforms, one at street level and another almost at water level.

The lively village of Carrbridge today hosts the Golden Spurtle, the world porridge-making championships as well as the Scottish Open Chainsaw Carving competition!